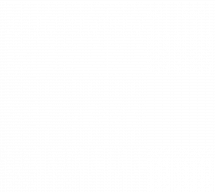 DPP’s CEO, Gareth Hooper, was interviewed in this month’s Architect, Builder, Contractor & Developer (ABC+D) magazine on the nature of planning and the challenges faced in this election year.

Gareth spoke about the impact of the NPPF on neighbourhood plans and the impact these have on residential development.

Furthermore, in response to the government’s proposals to speed up the progression of neighbourhood plans, Gareth warned that this “will compromise the integrity of the evolving neighbourhood plans and the rigour with which they are interrogated.”

Gareth also defined the role that DPP can play in negotiating the planning envrionment to achieve the most deseriable outcome: “At DPP, the impact of delays and politics means we do far more than dealing with planning matters. A client’s desire to force down costs, especially at the early speculative stages of a project, means that we are now asked to address a wider range of issues than would previously have been the case.”

Read the interview in full here.