Working for joint venture partners Richard Hayward Properties and The Tonstate Group, DPP submitted a change of use application for Olympia House on Upper Dock Street which was approved last week. The former Passport Office which is directly adjacent to the newly-opened Friars Walk Shopping Centre will be converted into 62 private rental units.

“This has been a challenging project,” says Gareth Hooper, CEO of DPP. “The lack of permitted development rights allowing the conversion of offices to residential in Wales, compared to England, meant that a change of use application was needed and a case made for the loss of employment floor space.

“The case for the loss of floor space was accepted on the basis that bringing back into use such a prominent city centre building, which has stood empty since 2013, would have wider regeneration benefits, boosting the vitality and viability of the city centre by introducing a large scale residential scheme. In addition, despite its prominent location, we demonstrated that the office space was unlikely to be taken up. ”

The Olympia House scheme has been accepted with no financial contributions or affordable housing as it was demonstrated that they would make the scheme unviable. It was supported, however, as it provides an alternative means of addressing housing needs while enabling a greater diversity of uses for the city centre. 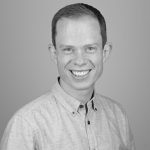